BOT VFX celebrated its 10th anniversary milestone with a glittering gala event on July 7, 2018 in Chennai, India.  The event, dubbed BOT Xpressions, was hosted by company co-founders Hitesh Shah, Deepak Bohra, and Sreyans Bardia, and lived up to the upbeat and quirky personality BOT is already known for in the visual effects industry.

The evening’s program included visionaries and dignitaries inspiring the team with their thought leadership, and the launch of an art book featuring the personal artwork of BOT artists.

Also lighting up the night were energizing dance performances including one by BOT’s own dance team, a “mannequin challenge” video paying homage to the veteran torchbearers at BOT, live fusion music, and of course, dinner and dancing.

Gretchen Libby took an ecstatic audience of VFX enthusiasts through the epic history of Industrial Light & Magic as it not only created ground-breaking work on classic films, but also along the way, built an industry that did not previously exist.

She emphasized the pivotal role that the company’s culture and values played throughout ILM’s existence, and gave the audience goose-bumps when she acknowledged BOT’s own strong and vibrant culture.  The crescendo came when she ended her talk with ILM’s showreel, reminding every BOT in the audience why they are so much in love with visual effects.

Dr. Jagdish Sheth, a global consultant to everyone from India’s Prime Minister Narendra Modi to top corporate brass in the United States, India, and throughout the world, was on hand to deliver a riveting speech that was less about business and economics, and more about a topic close to our hearts: the unbounded impact of human potential.  He shared inspirational insights on the need to look at the role of an individual’s passion and motivation as the ultimate lever to deliver the greatest value creation for society as a whole.

Opening the program with their typical flair, BOT’s three co-founders Hitesh, Deepak, and Sreyans surprised the audience with some hip-swaying, hand-gyrating dance moves right at the start of the festivities – aptly setting the high-energy tone for the evening.

A live music performance by professional fusion group IndoSoul left everyone awestruck, especially when the band played melodies from beloved movies like Star Wars and the Game of Thrones series.

Selene’s Dance Troupe choreographed several stylistic and colorful dance performances, including the one by BOT’s own crew.  The fusion dance performed by the BOTs involved elements of Indian dance creatively woven into popular western music and dance styles.

A masterfully choreographed performance by the Illuminati group mesmerized the audience with their LED Tron dance.

The Honorable Consul General Robert Burgess, head of the United States Consulate in Chennai, was on hand to launch Drishya: The BOT Book of Art, an inspiring book showcasing the personal artworks of BOT employees. As a studio made up of hundreds of artists, fostering creativity has always been a priority for BOT, regardless of whether it is inside or outside the office; these efforts have culminated with this launch. The limitless creativity of BOT’s artists has now found lasting expression through this book.

And if the formal part of the evening’s program was a smashing success, the after-party elevated it to a whole new level. The entire audience got on stage and danced as the DJ cranked out the hits.  The energy that had started off the evening with the program on-stage had contagiously spread and consumed everyone in the audience by the end of the night – the ultimate hallmark of a successful celebration. 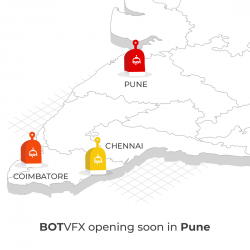 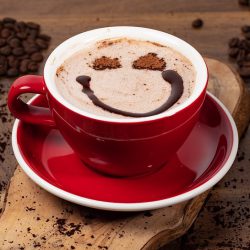